Features of the BB Glow procedure

Tonal effect for a year? This is possible with the BB Glow procedure. The facial whitening therapy is a minimally invasive procedure. For BB Glow procedures, cosmetologists use a special serum based on titanium dioxide. This substance penetrates into the basement membrane, that is, it acts at the epidermal level. In the process of tissue regeneration, the molecule leaves the skin, which guarantees the subsequent absence of ugly spots on the face.

The serum is injected using a special device called dermapen. It has several cartridges - needle (the most traumatic, since they work for a greater effect - BB and anti-age) and nano-needles (trauma to the skin of the face is excluded).

The BB Glow procedure itself is painless, a light vibration massage is felt on the skin. The effect after BB Glow stays on the face for a year - this makes it possible not to use cosmetic tonal creams during this time. However, a visible result can be obtained after the second procedure.

For a more stable effect, at least 3-4 sessions should be carried out with a certain interval in time. You will also need therapy every three months so that the result obtained lasts for a year.

BB Glow procedure is needed if the skin has:

Despite the fact that needle cartridges can be used with BB Glow, you should not expect an effective anti-age effect. The drug acts on the upper epidermal layer without affecting deep mimic wrinkles.

In the first two days after the procedure, it is better to refrain from sunburn and direct sunlight on the skin. Then you need to apply a product with a protective factor SPF30.

Fractional Microneedling is the ideal treatment for lifting, improving elasticity and rejuvenating the face and body. 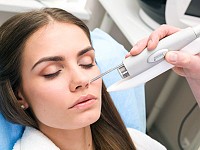 Laser acne treatment is a procedure that helps to reduce acne on the face and body.

Mesotherapy is an innovative method of restoring the elasticity of the skin of the face and body. This is a progressive way to solve various cosmetic problems. 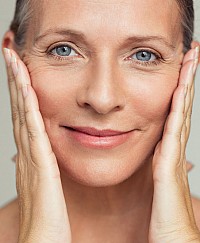 HIFU 3D rejuvenation is an effective risk-free innovative method of rejuvenating the skin and soft tissues of the face. 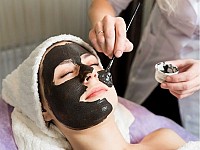 Carbon peeling allows deep cleaning of the top layers of the dermis with the laser. It quickly and painlessly copes with skin imperfections, removes the effects of acne, smoothes the face tone, stimulates the production of its own collagen in the epidermis, thanks to which the skin gets firm and toned.

Endermology or LPG facial massage is a non-aggressive method of mechanical stimulation of the skin, which aims to activate cellular activity.

Endermology or LPG facial massage is a non-aggressive method of mechanical stimulation of the skin, which aims to activate cellular activity.